Check out our 19 week bumps! 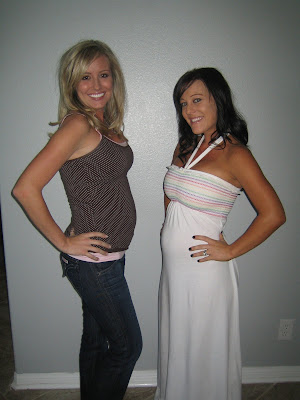 Posted by Amy Schuler at 7:15 PM 2 comments: Links to this post

Our little guy finally has a name!

Posted by Amy Schuler at 12:02 PM 6 comments: Links to this post

Three years ago we were so excited to buy our first house, and it felt like such an accomplishment for us. I love my house. When we first started talking about leaving our house, it was a little scary... until we found our new house. It is literally almost two times the size of our current house, and our mortgage will almost be cut in half! And buying a new house and getting to decorate all over again is always exciting!

But now as the closing of escrow on our new house is getting closer and closer, I am watching as my house becomes more and more bare. Every day I am packing up our things. It is making me very sad to leave this house. It is at the point right now where I can't even stand to be here. The walls are so bare that it no longer feels like home to me. Tony doesn't usually get off work until somewhere between 8:30 and 10 at night, so I spend a lot of time at home by myself during the week. I have been getting off work and staying at my parents' house as long as possible, because I can't stand to be here with all of our things packed away. I'm ready for our new house to close so that I can move on and make that house my home. But at the same time, it will be heartbreaking for me the day we actually move from this house. Goodbye my little house. 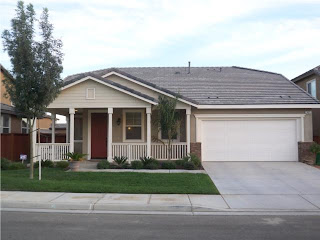 Posted by Amy Schuler at 9:34 PM 2 comments: Links to this post

I've got a feeling

Seriously! There was a day last week that I swore I could feel Little Guy kicking. It's a little hard to tell, because when I lay down, I can feel my pulse all over my body, especially in my stomach. When I thought I felt something, I thought it was too early, and I just convinced myself that it was my pulse.

We spent yesterday and last night in Havasu for Tony's Grandma's birthday party. Some of his family members were asking me if I had been feeling any movement, and I told them I thought so, but I wasn't really sure. After I ate, I was sitting at the table, and he poked me twice. Tony's cousin Heather took one look at my face and asked me, "What's wrong with you?!" She could tell by my expression that something was going on. I told her that I thought he was kicking me. Then later that night as we were standing around talking, I felt him yet again! Still the pessimist, I thought maybe it was just my food digesting.

So then today I was sitting on the computer, and I felt the little stinker three more times! This is definitely not a fluke! We have movement people! Maybe this pregnancy feels real after all.
Posted by Amy Schuler at 7:07 PM 3 comments: Links to this post