Whew! Yesterday was a busy day!
We started off by getting a chance to see Baby Braysen in action. We had our second 3D ultrasound, which I was really nervous for. We got such great shots of his little face during the first 3D ultrasound. The technician told us that usually the pictures aren’t that clear at 26 weeks, so she said ours looked really good. I’ve seen 3D pictures of babies at 31 weeks, and they always look really distorted. They start to run out of room so their little faces are squished. I thought for sure that this would happen to us. Most of the pictures came out pretty clear, but the little stinker kept putting his arm or his feet in his face. We could only get a few shots of his face, because most of the time it was covered!! Here are a few of them: 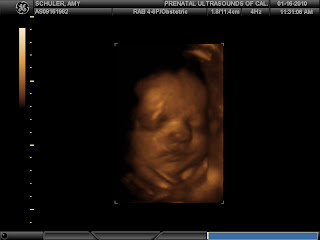 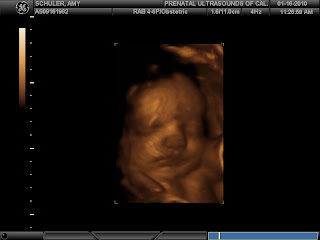 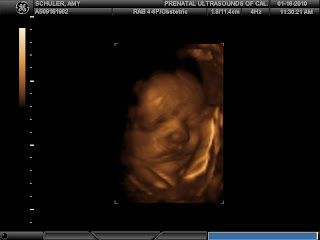 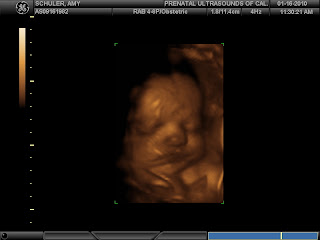 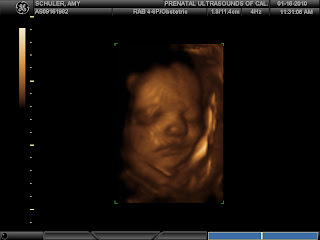 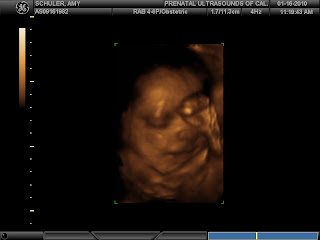 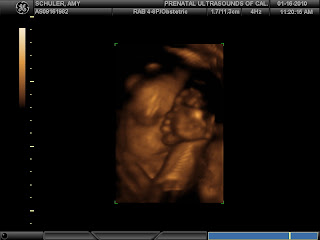 And yes, that is his FOOT in his face!

After that, I headed straight to Gina’s baby shower. She’s not only having twins, but they are both boys! There were four of us pregos there, so we took a picture together. Gina is due in February, I’m due in March, and Natalie and her sister are due in April. The kicker is, we are all having BOYS! 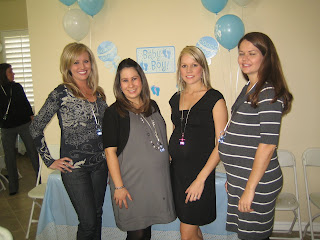 I was glad I got the chance to visit with some friends that I don’t see as often as I would like.

After that, I headed straight to Bunco. It’s a good thing I have two days off. I need some time to recuperate!
Posted by Amy Schuler at 8:33 AM