A while back, when I was still pregnant, I blogged about a seahorse. I thought the seahorse would help Braysen sleep, but when I played it for him when I was pregnant, he went nuts.

Well, we've had quite a few sleepless nights lately. Braysen seems to have his days and nights mixed up. He really would like to be up until 3:00 in the morning. He would also really like to be held during this time. He is fine and wide awake if you're holding him, but the minute you set him down, he wants nothing to do with it. By the time we get him down, it's almost time to wake up for another feeding. The other night, we'd had enough. We were both really tired, and had tried pretty much everything we could think of to get this little guy to go to sleep. Grasping at straws, we stuck the seahorse in the Pack n Play with him. This was his response the first time we turned it on. 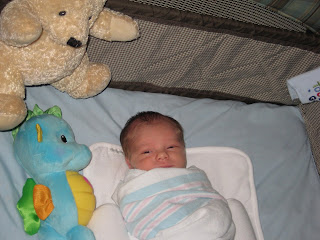 The second time we played it for him, we got a little yawn, then he just stared at it. 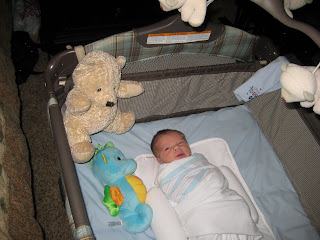 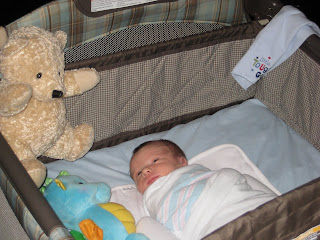 By the third time we played it, he was OUT! 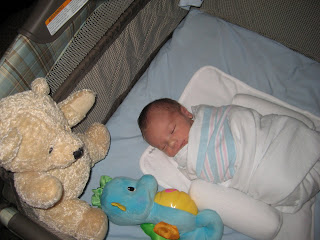 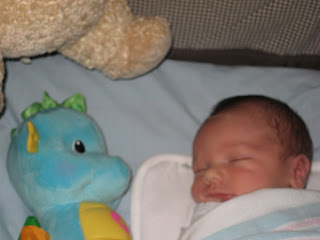 I used it again then next day when I put him down for a nap during the day. I only pushed it one time. I checked on him after it finished playing. By the time it was done playing through the first time, this is how I found him: 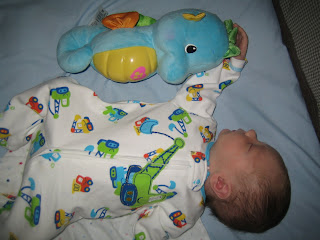