What Else is New? Another Busy Busy Saturday!

Last Saturday was very busy for us. We had Ashton's first birthday party in Oceanside and then Skye and Starr's wedding later on in the evening. Because the wedding reception was about 5 houses down from my parents' house, my parents watched Braysen for the evening, and our plan was to stay at my parents' that night. As if these two events weren't enough busy-ness for us, I also made Ashton's cake, cupcakes, and smashcake for his party. I try to do cupcakes the day of an event if I can, because they dry out quickly. I had everything planned out for the day and was relying heavily on the fact that Tony would be home. I planned that he would keep Braysen entertained while I finished everything up for Ashton's party and finished packing for the 3 of us for the night.

That was when Tony got called into work. Not only was he not able to help me out by keeping Braysen at bay in the morning, but that also meant I would need to make the drive to Oceanside with a screaming child, a 2-tiered cake (which I was nervous about transporting before I even knew I'd be by myself), a smash cake, and two dozen cupcakes. My mom talked me into having her come with me so she could help me. Here are some of the pictures from that day and that night. 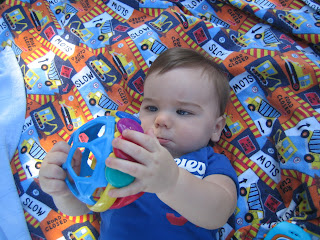 We tried to get pictures of all the babies together. As you know, this is always difficult. We tried! 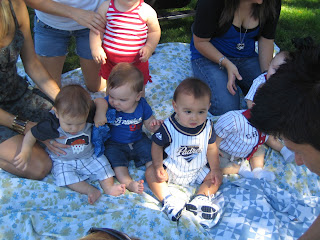 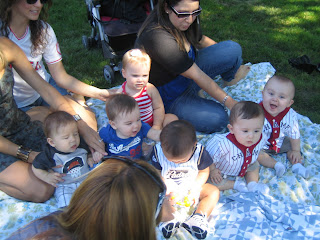 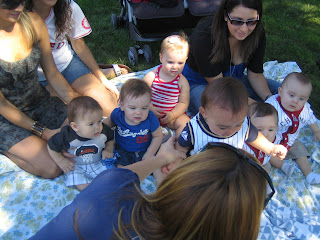 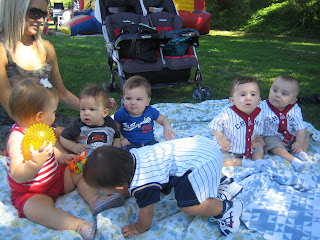 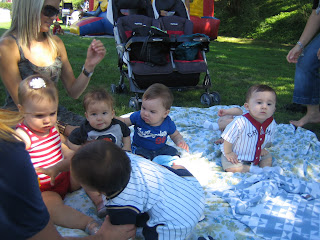 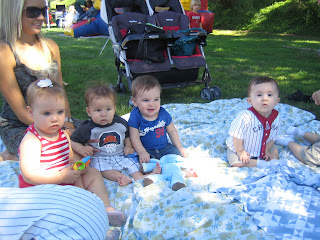 Braysen was such a little stinker the week before that and would not cooperate with Tina for his pictures, but for some reason, he was all smiles for the photographer at the party. 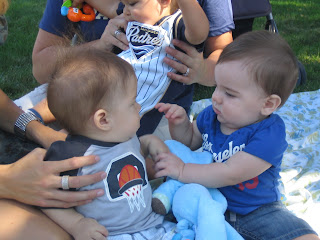 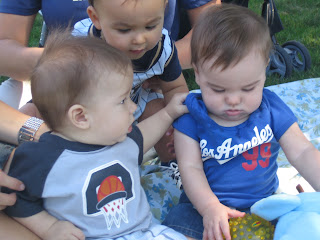 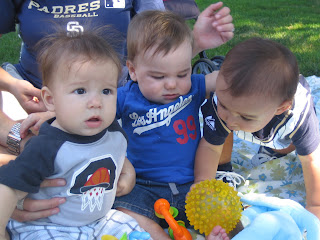 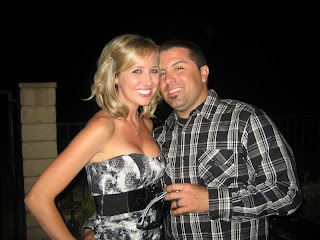 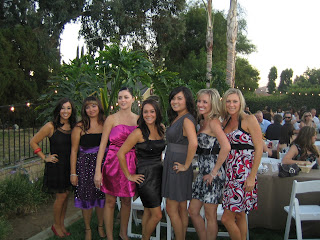 I have more pictures from the wedding, but they are posted on facebook.