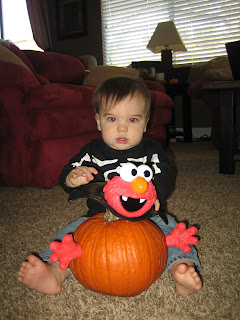 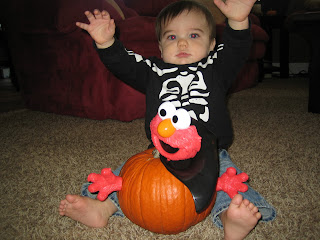 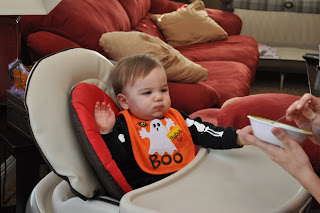 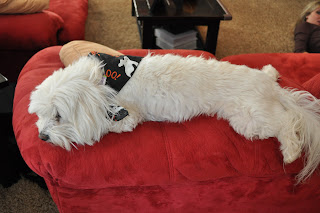 Tiffany even got in on the Halloween action! 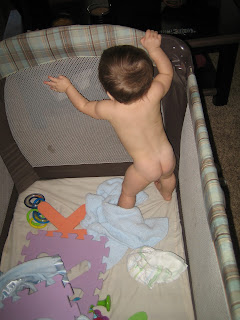 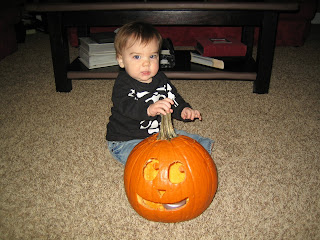 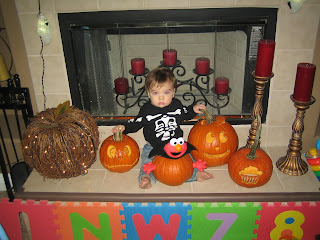 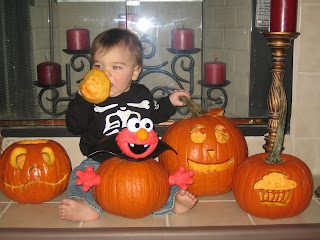 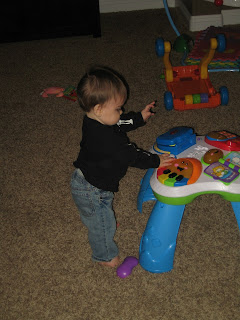 Grammie and Papa's "Halloween present" that was really supposed to be a Christmas present. 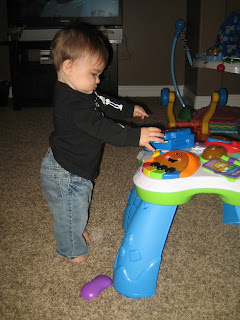 This was also the first night that he started letting go while standing up to test his balance. Super scary to watch the first time, but his balance is getting better and better! 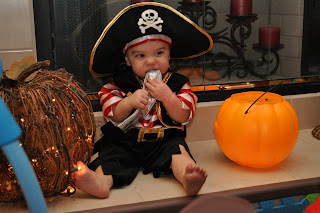 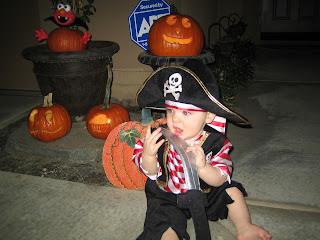 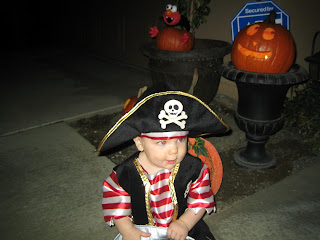 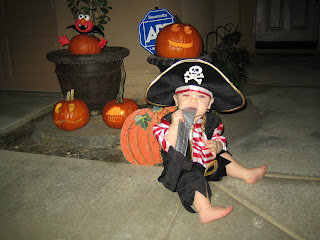 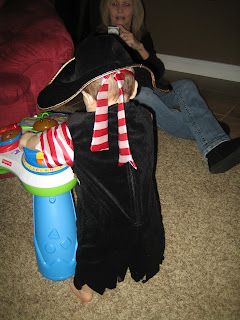 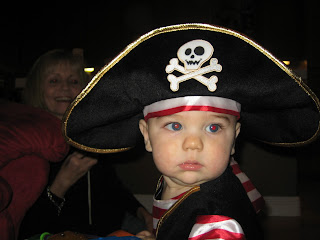 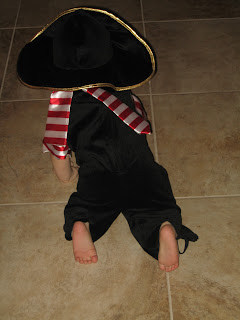 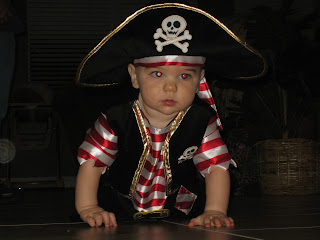 I really wanted to get some pictures of him in his Halloween jammies, but by the bedtime that night, he was so tired! 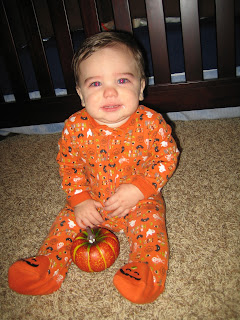 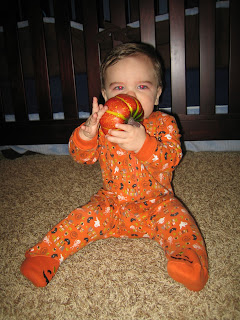 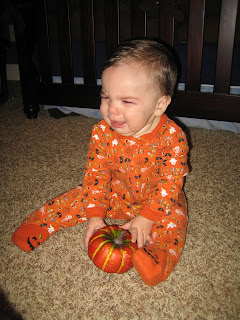 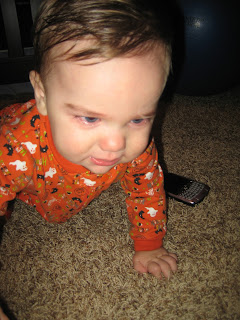