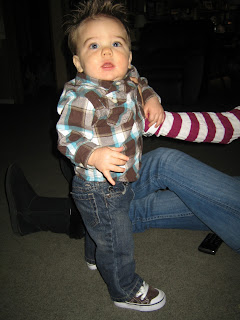 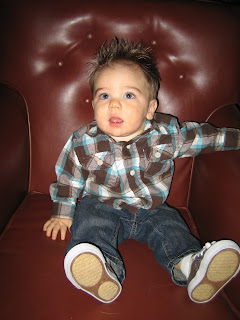 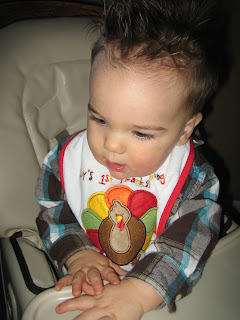 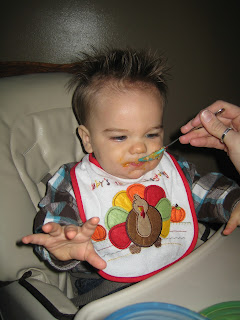 We were laughing because he played almost all day with this piece of foam in his mouth. Later that night as I was brushin his teeth, I realized that he'd cut one of his top teeth! No wonder! I was really surprised, because he hasn't really been too fussy or waking up a lot at night like he was with his bottome teeth, so it was quite unexpected. ﻿ 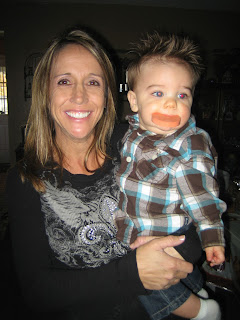 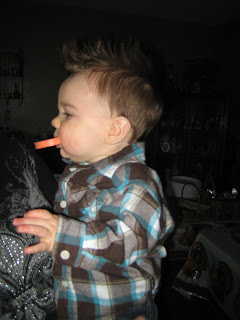 We brought toys for him to play with, but he had other items that were on his toy agenda.﻿ 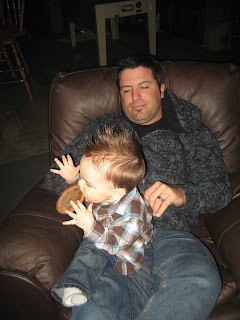 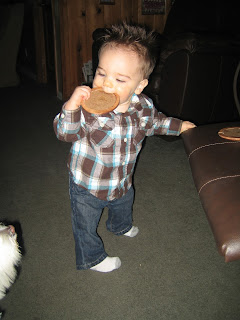 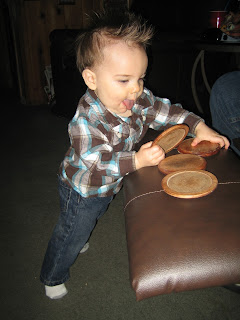 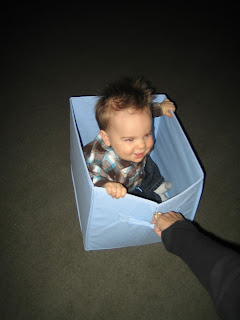 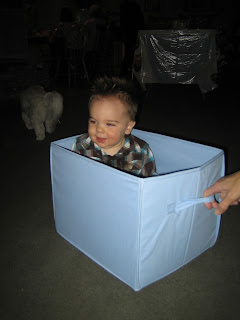 My favorite part of the day? Watching him dig into his very own baby pumpkin pie! It had crushed Cheerios as the crust, pureed pumpkin mixed with some rice cereal and cinnamon, and then was topped with his very own "whipped cream" (which was actually just plain yogurt with a teeny bit of vanilla extract. He was all into it! As a matter of fact, he got started on it before I could even get a picture snapped!﻿ 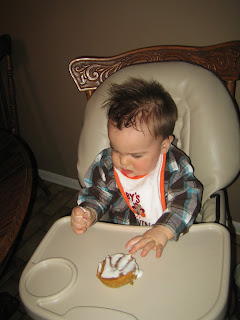 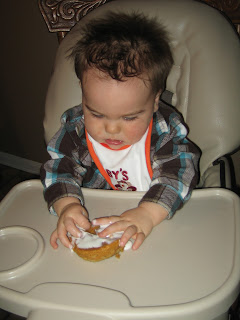 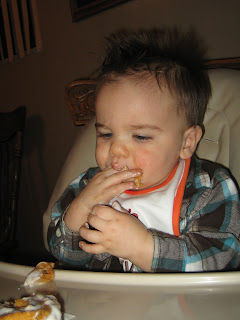 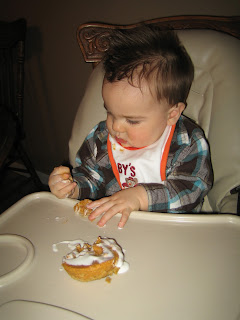 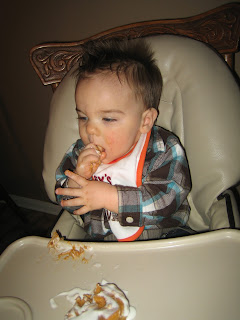 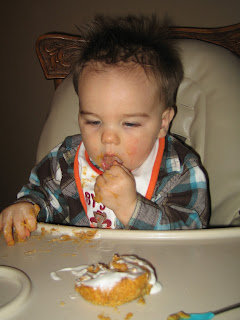 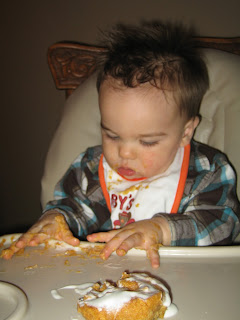 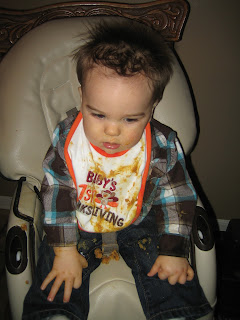