Well, I got a new sewing machine for Christmas, so last night I decided it was time to put it to use. I made two hooded towels for Braysen. They were super easy and took very little time. I made two different styles to see which one I liked best. 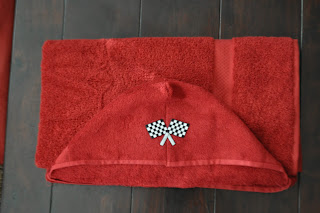 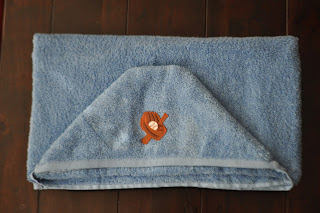 I recieved a handmade hooded towel like these at my baby shower. When we brought Braysen home, it seemed so huge for my little tiny baby. Now that he's bigger, the flimsy hooded towels just don't cut it. He loves to snuggle up with these towels after his bath!
I have more sewing projects in the works. I hope to get more done this week while I'm off, but I also want to get really far ahead in my lesson planning and get a lot done for Braysen's birthday party because January and February are filled with a ton of cake orders!