Call me a slacker. No really, just too busy with cakes this week to worry about my blog. Lots of updates, so I'll just make it short and sweet.

We went to a Superbowl party last Sunday at the Jackson's. 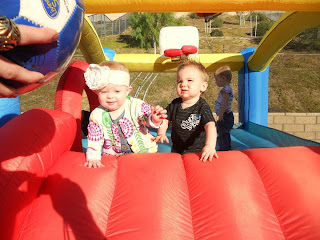 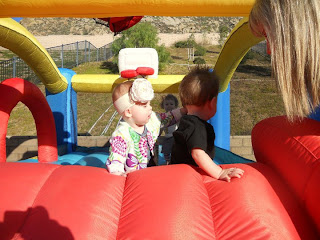 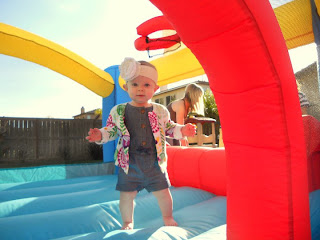 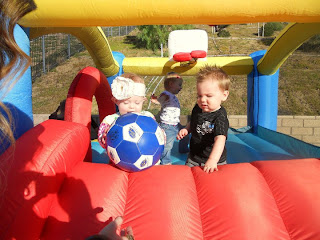 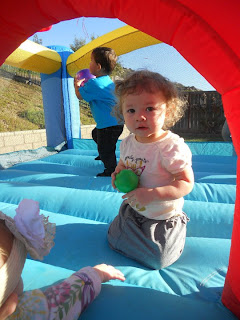 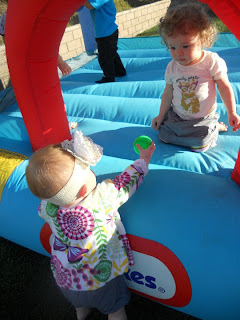 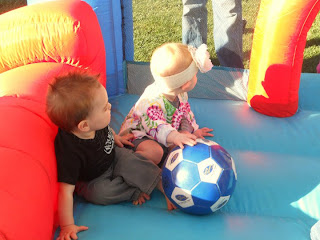 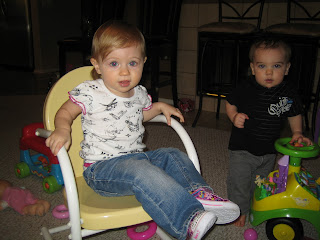 I couldn't believe it, but Braysen was actually just sitting still in Natalie's lap at one point. I tried to get a picture of it, because this rarely happens. As you can see, the moment was over before I could get a picture of the wiggle worm.﻿ 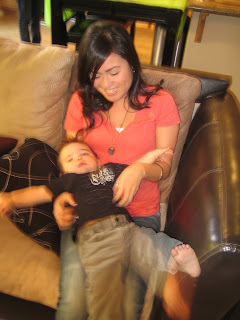 Always finding something to crawl under. He spent a majority of the day under these chairs. 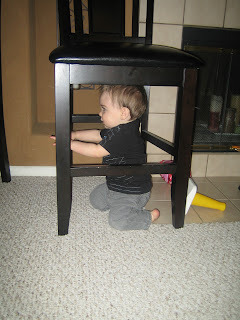 NOT happy about being pushed in the baby stroller.﻿ 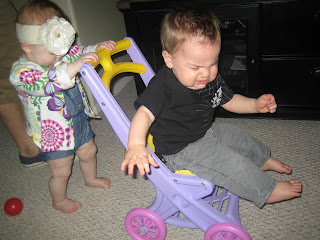 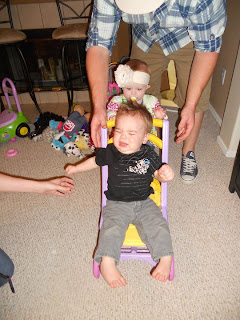 He is always intrigued by pacifiers. 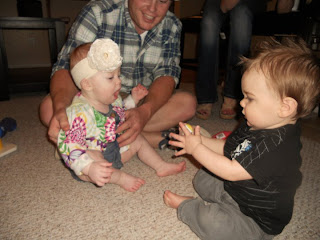 Aaand, trying to put it back into her mouth. 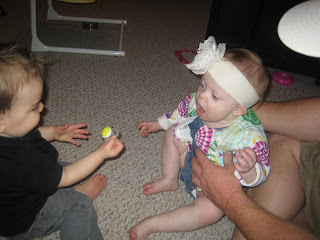 Tons of cakes to post on my cake blog, but I'll get to that later.
On Thursday night I was up until 3am baking cakes, and I was up until 4am on Friday night finishing up all the stuff that was going to be picked up Saturday morning. Yesterday, I was EXHAUSTED. When Braysen went down for his afternoon nap, Tony forced me to lay down and take a nap. I did lay down and was so glad that I did, because it allowed me to stay up late last night to get more stuff done. :)
I made some Valentine's goodies and got to finally use my Cricut!
At the beginning of the night, my table looked like this: 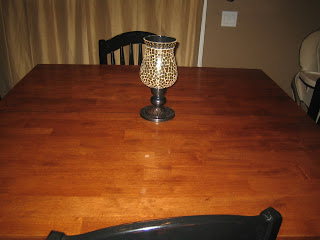 Partway through the night 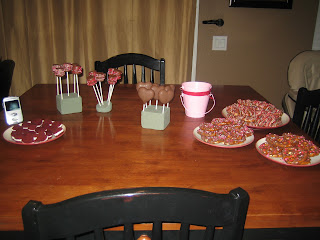 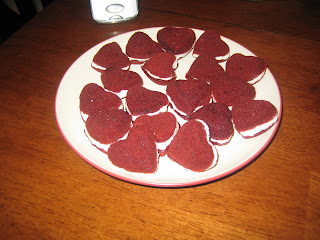 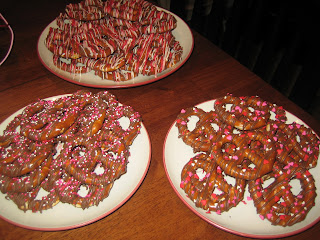 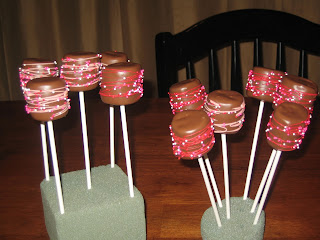 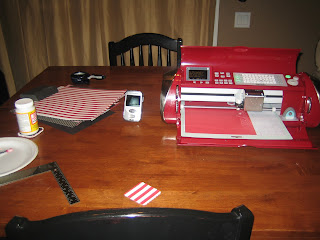 I can't show you what I made yet. One thing was a gift and the other stuff was for Braysen's birthday party.
By the time I went to bed: 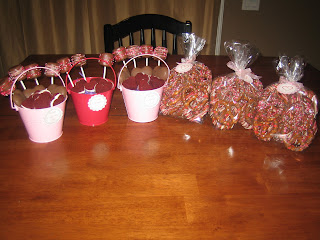