Because I have SO MANY pictures from Braysen's 1st birthday party, I decided to put the goodies on my cake blog. More pictures from the party can be found here, and there are many more on facebook.
A ton of stuff, right? I know! I have a serious problem when it comes to ideas for goodies. I get so many ideas and want to all of them. I really have a hard time eliminating things, so I just went with it! 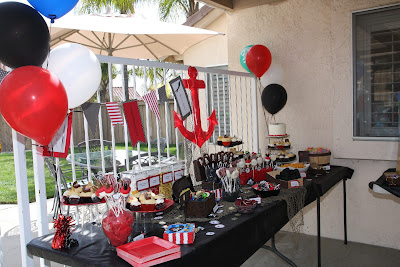 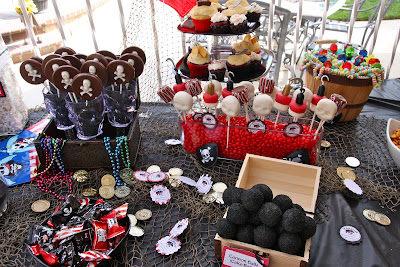 All of the decorations on these cupcakes were edible. I used raw sugar for the "sand" on the cupcakes. 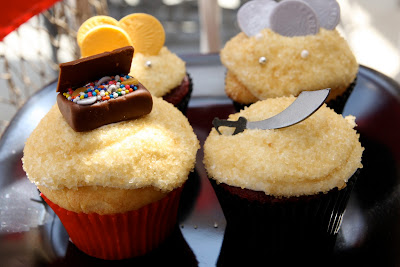 The treasure chests were made out of fondant. The treasure is sprinkles and hand-made coins. 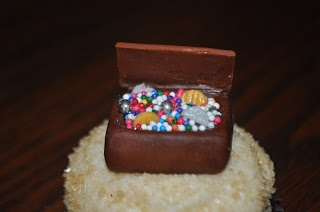 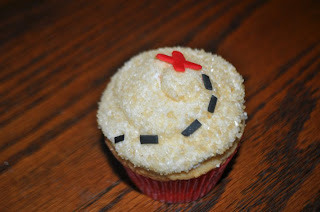 The coins I used fondant to create. I punched them out with a circle cutter and searched everywhere around my house for something that I could stamp with in order to make them look like coins. I ended up using the top of a tequila bottle. :) I then brushed the coins with gold and silver lusterdust. 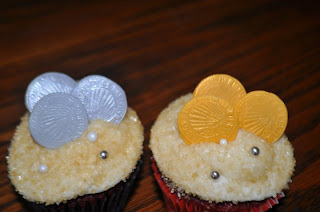 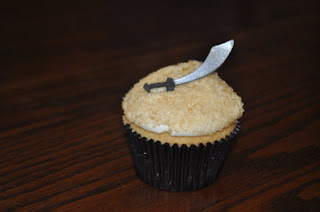 Braysen's smash cake. This cake was the first time I used what is called a buttercream transfer. I'm not completely happy with how some of the edges turned out. I don't think I piped the icing thick enough. I'll know better for next time! 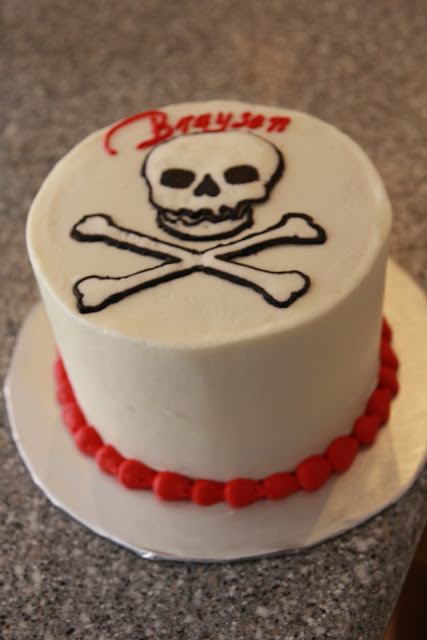 Marshmallow pops.
In many of these pictures you will see these little tags that were originally supposed to be cupcake toppers. They were designed by Rhiannon at Doodlebug & Dimples. I used them on some of the sticks for the goodies, on table centerpieces, and sprinkled on the tables. 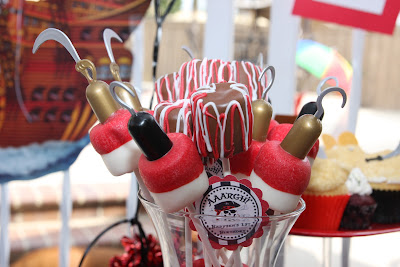 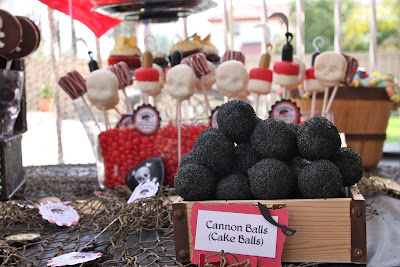 One thing I don't have a closeup of the chocolate pretzel rods, but you can kind of see them in the bottom of this picture. 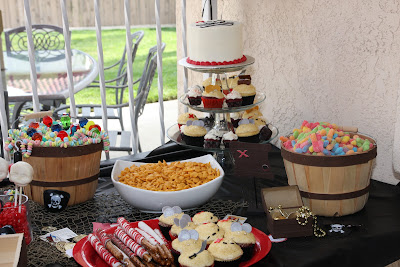 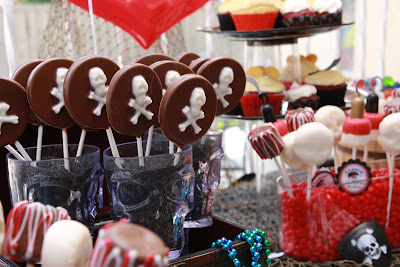 I called these cupcake sandwiches simply because I couldn't think of a clever way to word whoopie pies, but they are really just whoopie pies! 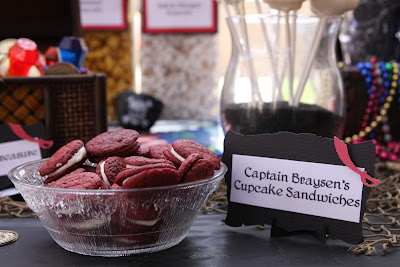