I'm super embarrassed to say that the thank you notes from Braysen's birthday party STILL have not gone in the mail. And this time I can't even blame it on the fact that I didn't have time to do them, because I cut them all out with my Cricut the week of Braysen's birthday!

Somewhere in the shuffle with getting all of the gifts home, the list (GASP) disappeared. I put off writing out the thank-yous, just hoping the list would turn up. It didn't. And I searched everywhere. So, I had to do the thank-yous from memory. :)

After writing all of them out and attaching them to the cards, I realized that I didn't have enough cards made. No problem, I had tons of paper. So I whipped out my Cricut and attempted to make a few more cards, only to discover that the stickiness of the mats wasn't enough to keep the paper stuck. Rather than buy new mats, I searched online (I'm a Google-whore, I Google EVERYTHING) to find out if there were any ways I could make my mats last for a few more cuts.

There were some tips, but none were helpful. Then I came across some ways to "rejuvenate" your mat so it would be like new. So I had to test it out.


A quick run to Michael's for Aleene's Tack-It Over & Over. My first stop was of course Joanne, but they didn't have this specific type of Aleene's. 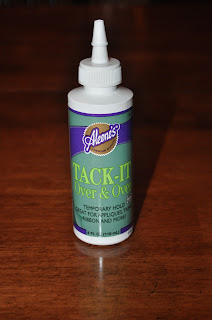 After scrubbing as much paper and lint as possible off the mats, I then made a 50/50 mixture of the Aleene's & water. 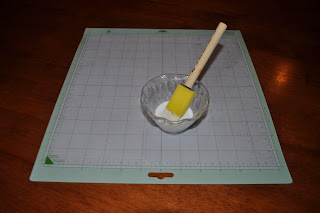 Brush a thin layer onto the surface of the mat. 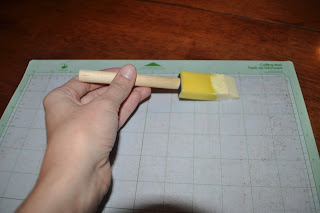 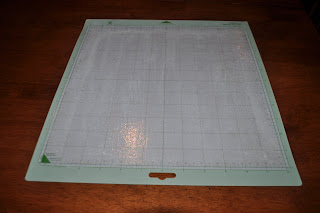 One thing that a few of the websites said to do is to "condition" the mat by patting your hands onto the sticky parts of the mat. Because I have the Cricut cake, I had to buy a paper blade and sticky mats separately, so there were no directions on what to do before using a sticky mat. Had I conditioned these mats before I used them for the first time, I probably wouldn't have torn the first 3 papers I stuck on them, because they were sooo sticky!
Needless to say, the thank yous finally were finished and are going out in the mail tomorrow.