I know I'm skipping ahead a few posts, but I finally got around to uploading the pics from Justin & Natalie's Engagement Party, and seeing the pictures of the kiddos playing brings me back to that day and I want to blog about that instead! :)

Emery and Braysen played so well that day. I've always said that Braysen is my little bruiser and since he was teeny tiny he's been just plain rough. I think he finally met his match with Emery. She gave it right back to him. They were rough and rambunctious and ran around and chased each other around the backyard almost all evening. I don't think I've ever seen him play so much with another little one. He wouldn't let Emery out of his sight. If she took off running, he wasn't too far behind.

I don't have very many pictures of anybody besides Emery and Braysen. Yep, I'm that mom who constantly takes pictures of her kids and forgets about everybody else. Oh well. I did manage to get one shot of Tony and me, but his eyes are closed in the picture (as they usually are) so he'd probably kill me if I posted it here. 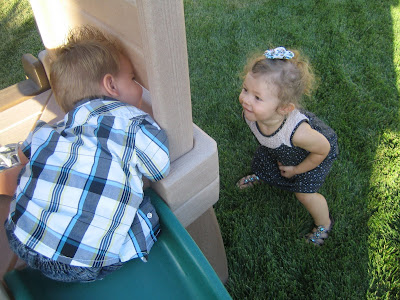 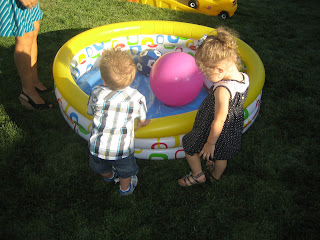 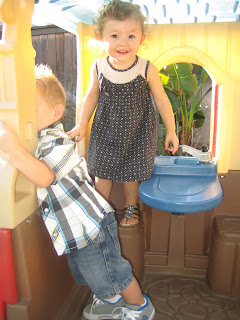 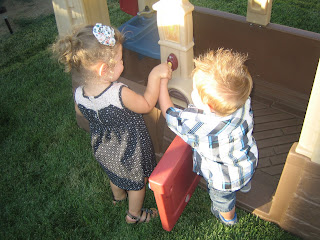 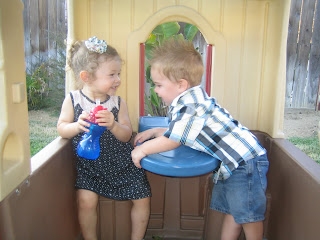 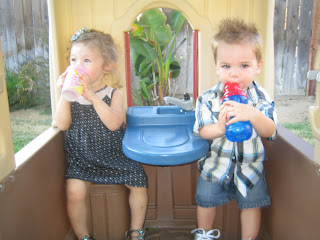