I have been very hesitant to post anything about Braysen's most recent sleeping arrangements. In my last blog about his sleep it was still taking several tries to get him down each night. Things have been much better, but I didn't want to say that in fear that they would take a turn for the worse.

He puts himself to sleep at both bedtime and naptime regularly. Usually he hops out of bed before I can even get out of his room. I just lay him back down and remind him that it's bedtime and he lays there until he falls asleep. Sometimes it does take more than one try, but it's very rare. It does happen though. Here is what my hallway looked like one night after I had to take several toys out of his room. Every time he got up, he grabbed a toy. I laid him back down and took the toy out of the room every time. Eventually he gave up. 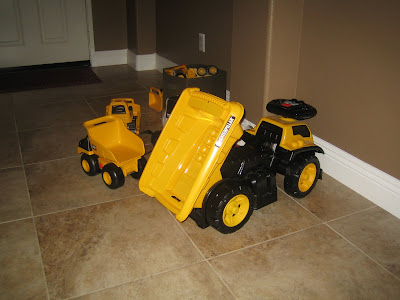 Another night it was his books. My hall was full of books, but the picture I took disappeard. :-/

It makes me laugh because even though I was much older and reading chapter books, I can remember my mom coming in my room and catching me reading when I was supposed to be in bed.

And other times, he decides that the bed is just not comfy enough, so decides to conk out on the floor instead. 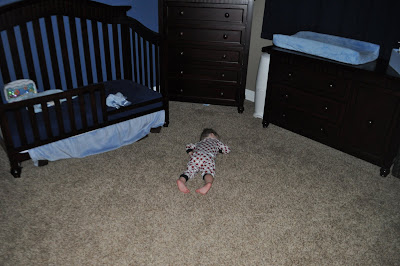