Lots of days to catch up on and lots of pictures to post, but I'll go back to those later. Friday was my last day of school and I am officially off for Spring Break! Braysen and I usually eat dinner with my parents on Fridays (Tony doesn't get home from work until close to midnight every night), but my parents took off for the river, so B and I were on our own.

He always wants to see what I'm doing when I'm cooking, so the majority of my dinner prep time, I am either holding him or he sits up on the counter. He decided to help himself to a big ol' hunk of tomato while I was chopping away. Dang, this kid loooves tomatoes! 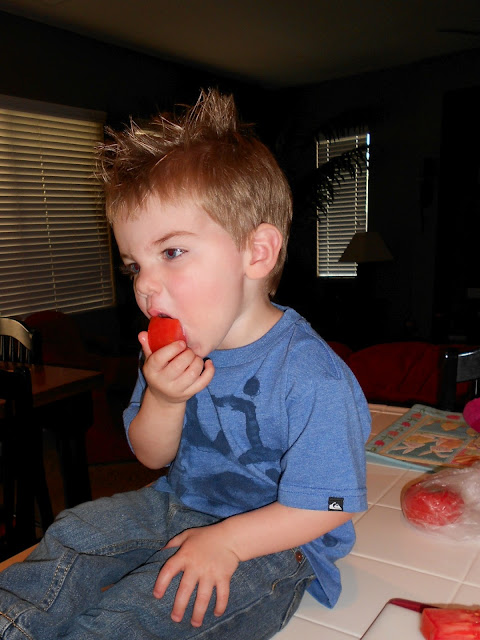 After dinner, we went to get some frozen yogurt. He thinks it's ice cream. I'm ok with that. When I asked him which flavor he wanted, he promptly told me "Choc-it". Chocolate? Really? Whose kid is this anyway? I think he has his Grammie's taste buds! 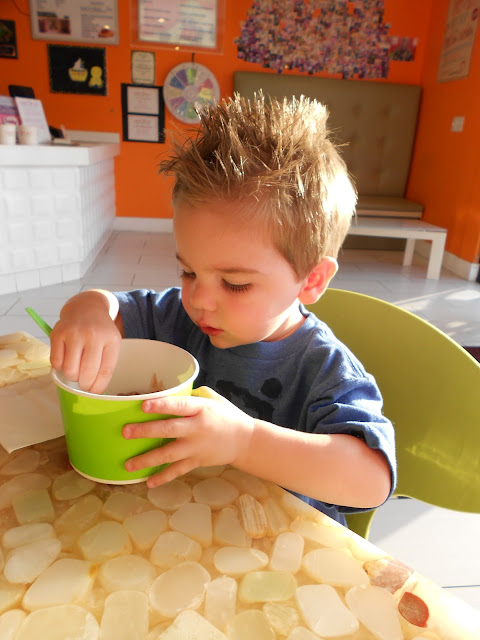 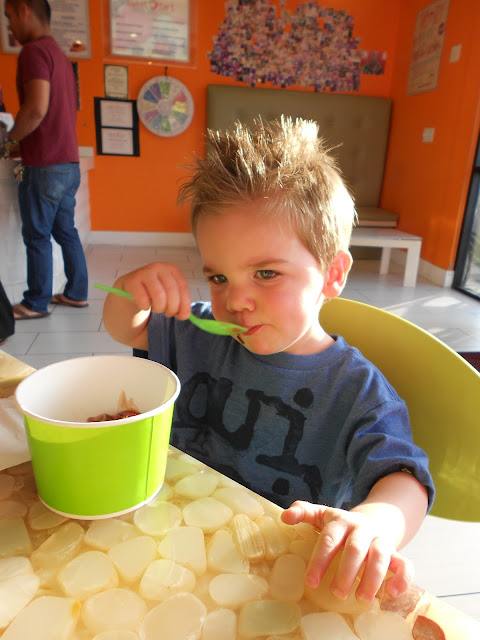 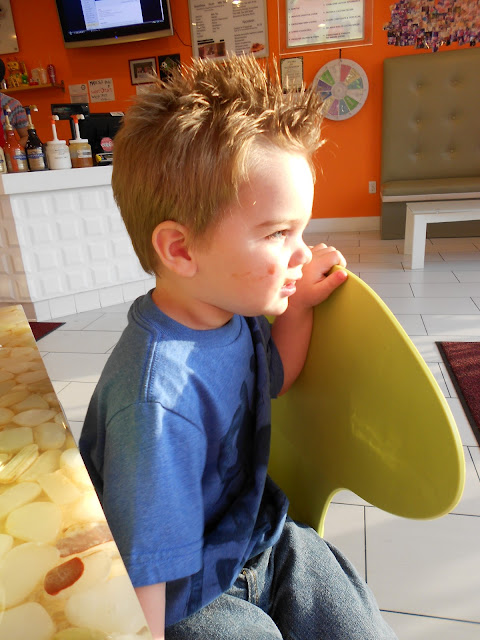