Letter of the Week: O

This week we worked on the letter O. So far we have done letters B, A, and S. I was trying to stick to letters in his name, but every morning when we review the letters he knows, he is always very interested in the letter O and the "oct-pus" on his ABC place mat. So this week, we ran with it.

We usually use the magnetic pom poms to create the letter we are working on. I print out these dot sheets of the letter. After he builds the letter with the pom poms, he then puts circle stickers on the page and we hang it up on the wall with his work for the week. 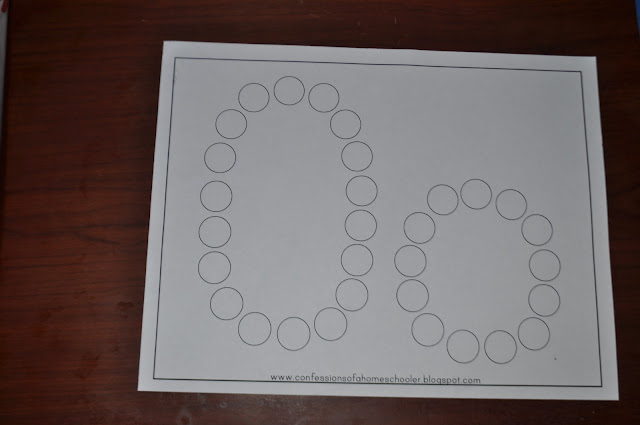 I stuck the letter paper on the cookie sheet and walked away to grab the camera. When I came back, he'd taken the letter sheet off and created the O by himself.  OK, that works! 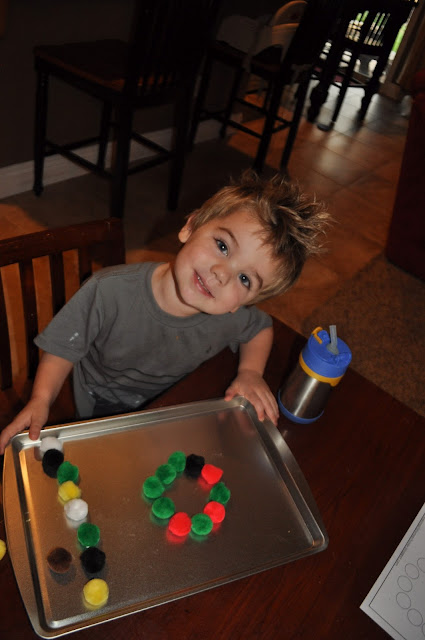 We raced cars on the letter O. 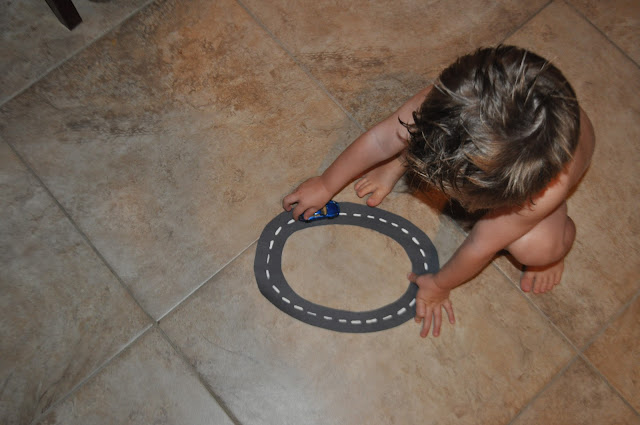 This page he was supposed to be gluing cheerios on the letter O. 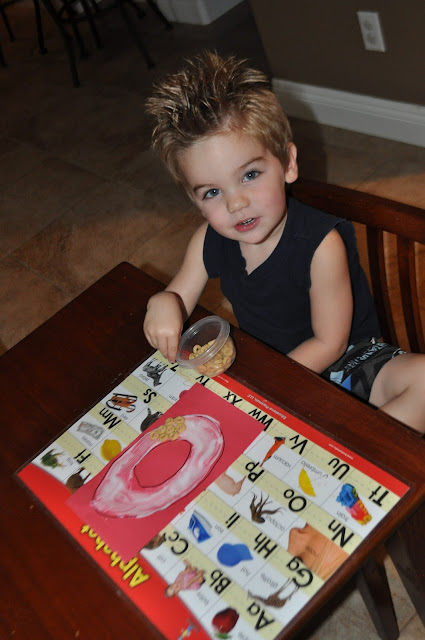 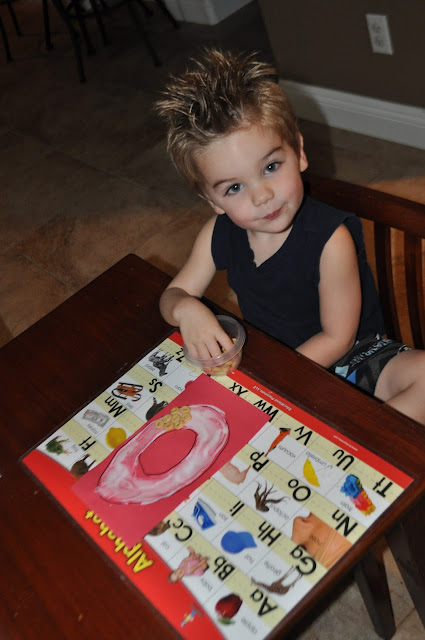 He was more interested in eating them, so we didn't get much accomplished. 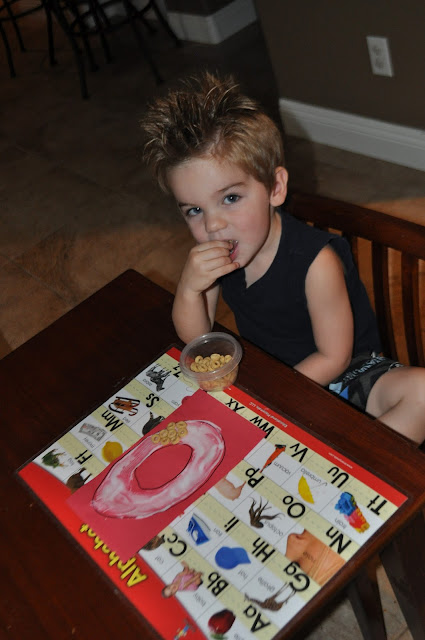 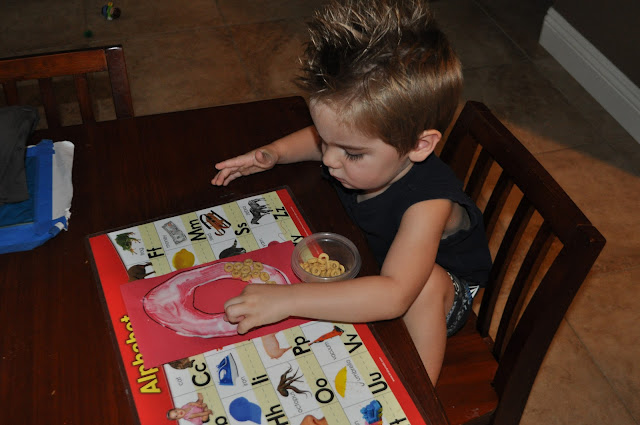 We made an octopus out of the letter O. 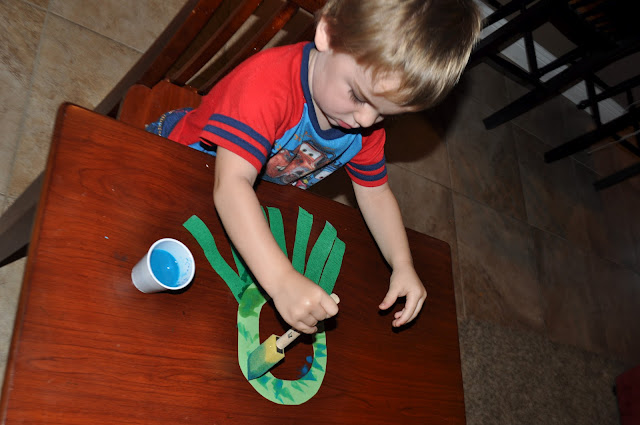 And we made an owl out of the letter O. 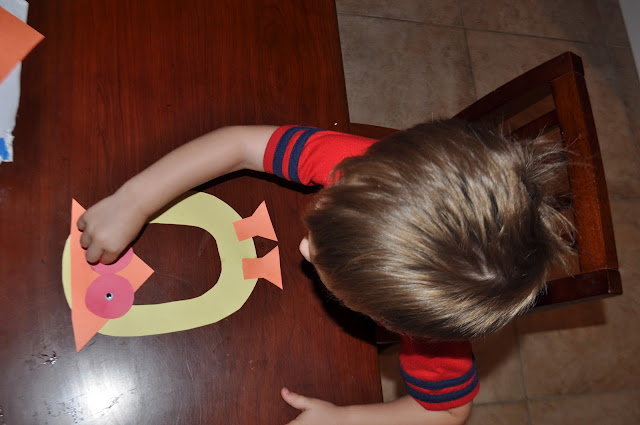 We made letter O in the sand tray. 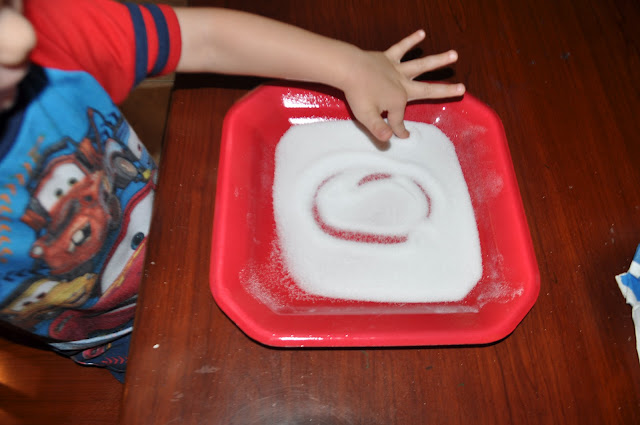 And used a potato stamper to stamp O's! 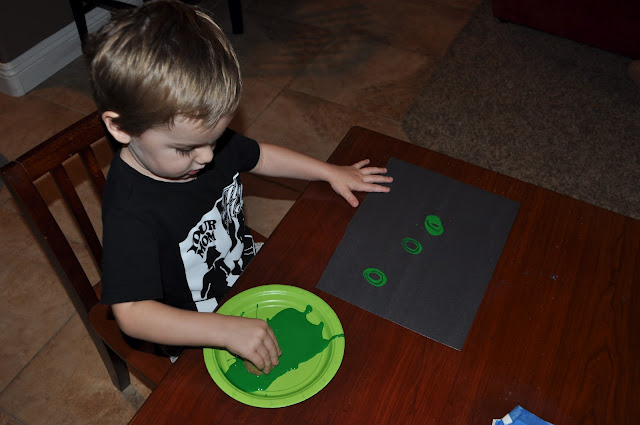 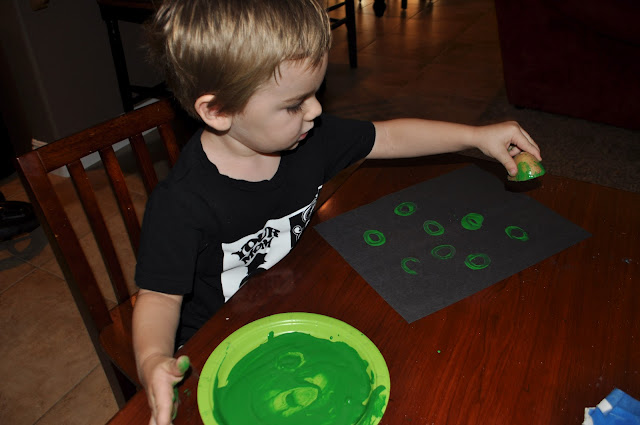 Some things that I did not get pictures of that we also do every week are: letter hunt (around the house), finding letter O in the magnetic ABCs, flashcards, letter O cookies, and using tour letter O cookie cutter to cut out Playdough.