This week's picture was less than easy to take. I was on my way out the door to a baby shower and it was Braysen's naptime.  He was having a complete meltdown.  I think it was a combination of him knowing I was leaving and the fact that he was tired.  Anyways, it was pretty hard to get a picture without him in it. Tony was only able to get one before Braysen got to me, so that is the picture for this week. I included some pictures with Braysen, just because I thought they were funny.

I've been able to feel the babies move since around 13 weeks. I thought maybe I was crazy to feel them so early, but when my doctor asked me if I've been feeling any movement and I told her yes, she said that she wasn't surprised at all. This past week there has been a significant increase in their movement.  They are so much more different than Braysen! He was more of a "poker" when movement first started. These little girlies are more into wiggling and dancing, at least that's what it feels like. 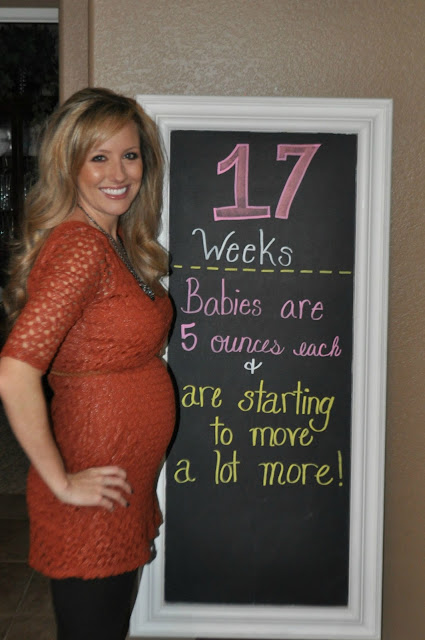 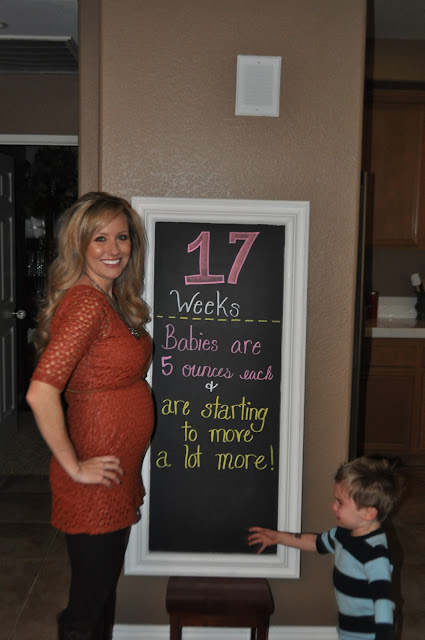 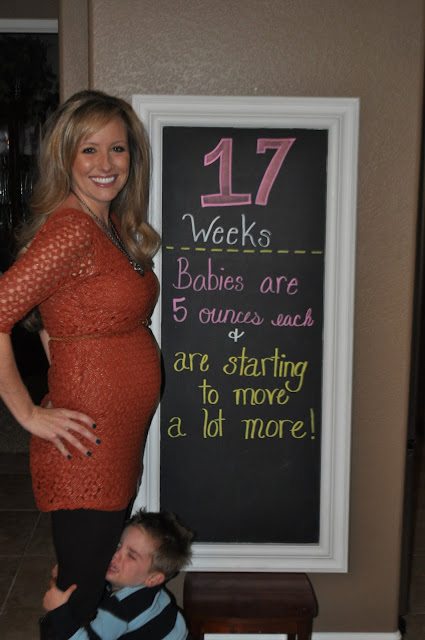 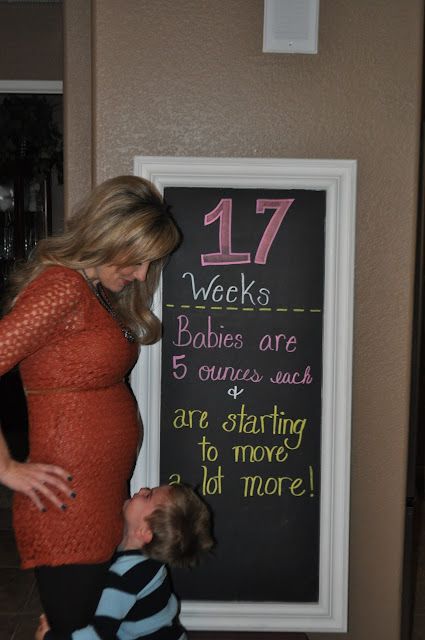