I don't have an 18 week picture from last week. It was a crazy week and weekend. Braysen had the flu, then once he recovered, I got the flu. I recovered and a few days went by and then it was Tony's turn. Somewhere in there I had to catch up on housework and a few block orders that didn't go out in time because of my illness. We did, however, find some time in between sicknesses to make it to Braysen's first big boy swimming lesson. He has been in the water with me for every lesson, but his teacher wanted to move him to the next class up. We were pushing him big time to move up anyway because after the babies come it will be next to impossible for me to go and get in the water with him every week.  Aside from that, I wasn't exactly thrilled with getting my pregnant-with-multiple-babies behind into a swimsuit each week.

Either way, Ms. Beverly thought that Braysen was ready for the next class up so she bumped him a little early.  They are technically not supposed to move on to the next class until they are at least 3.  He did so well! In his class there was a 3 and a half year old and a 4 year old. He was willing to do some things that they weren't! He loves his teacher and listens to her very well. I've always been dreading the day that I start him in preschool and have to let somebody else make sure he is behaving, but I do feel better about it after seeing him listen to Ms. Beverly. 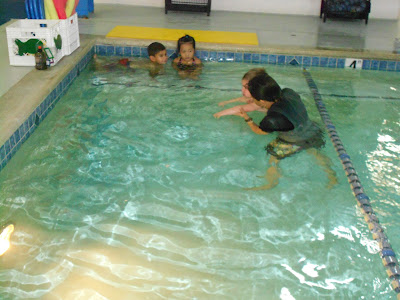 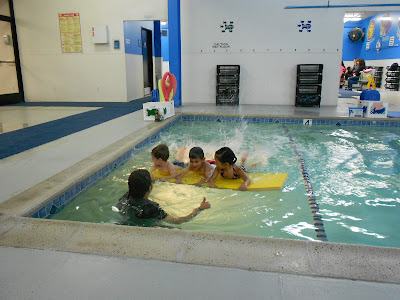 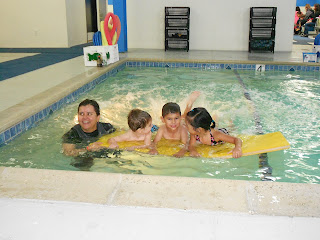 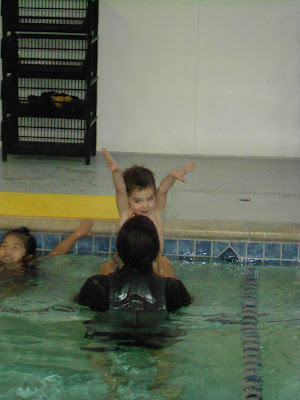 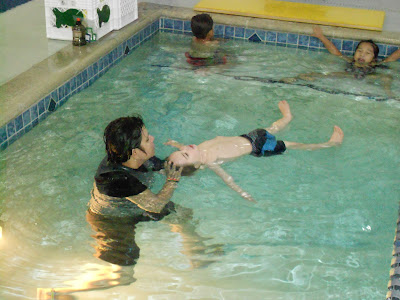