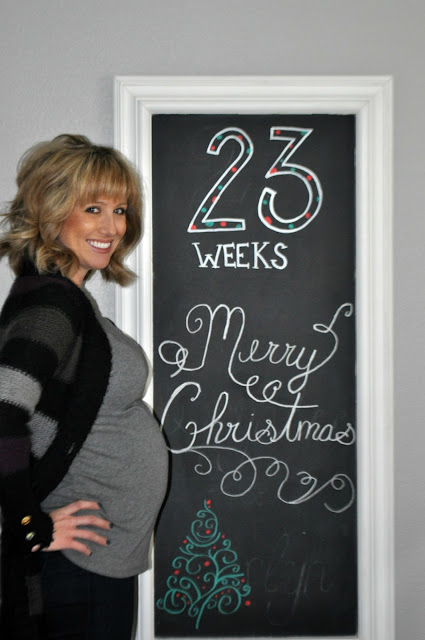 I weighed myself today and couldn't believe that I'm only 5 pounds less than what I weighed when I delivered Braysen at 39 weeks. Crazy! I still haven't gained as much as I should have gained by 23 weeks with twins, but my doctors are happy with my weight gain and are happy with the girls' weight gain, so everything is a-ok! Pregnancy symptoms are still the same as they have been. I've been trying my best to stay off my feet as much as possible, but it's definitely not easy with a 2 and a half year old!

I forgot to mention last week that I cut my hair. As if you couldn't tell, right? Not really a fan I having short hair right now. I really miss my long hair. But trying to blow dry and style my hair while sitting on a stool and trying to keep a 2 year old occupied and under control was just becoming too difficult. It was taking too long to dry so I just had Val chop it off for me. It's just hair. It will grow back. And it's not the most drastic or shortest I've ever cut it. 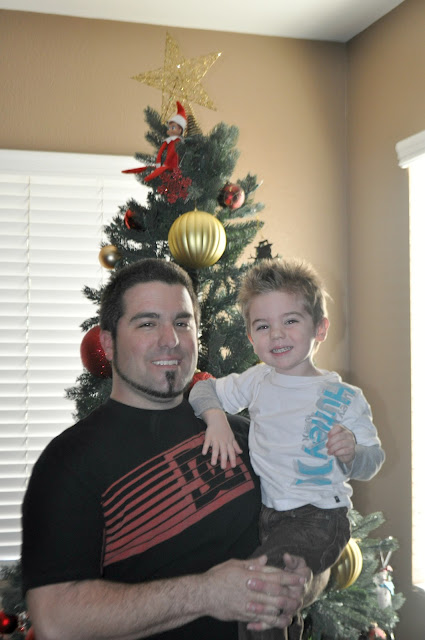 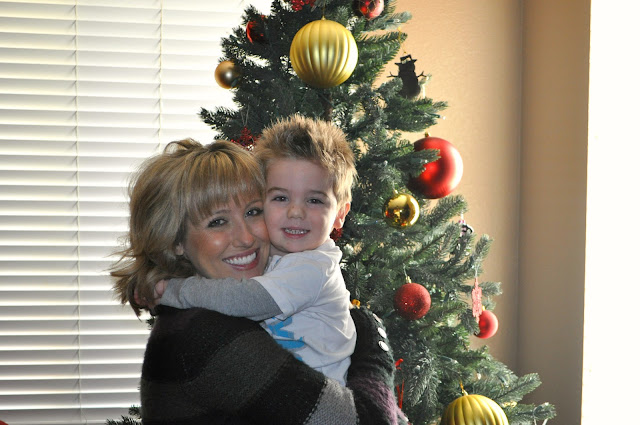 My cousin Shay just got home from basic training (and had his 21st birthday on Friday) so we went to TAPS to celebrate.  Braysen still loves the balloon man there. Here he is with his Grinch balloon. 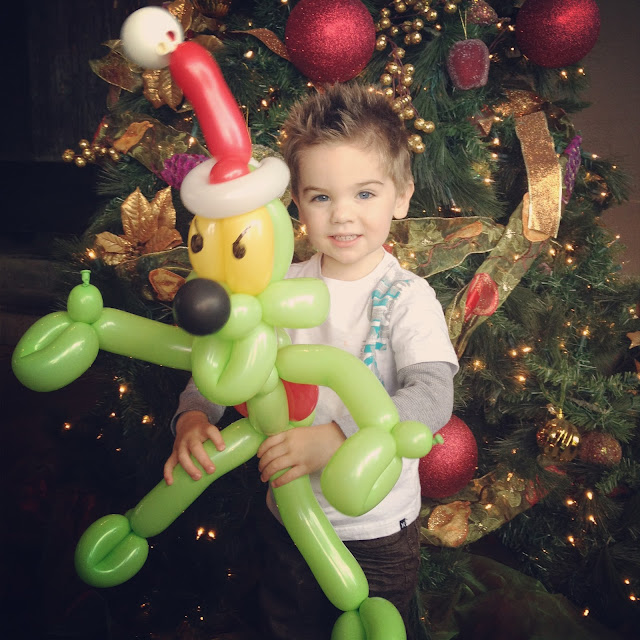 I forgot to post his Santa picture. We went earlier this month. I like to go early and during the week because I hate having to wait in line. So does he. He has started this new squinty smile. He had squinted eyes in every picture they took, so we just had to pick one and go with it. 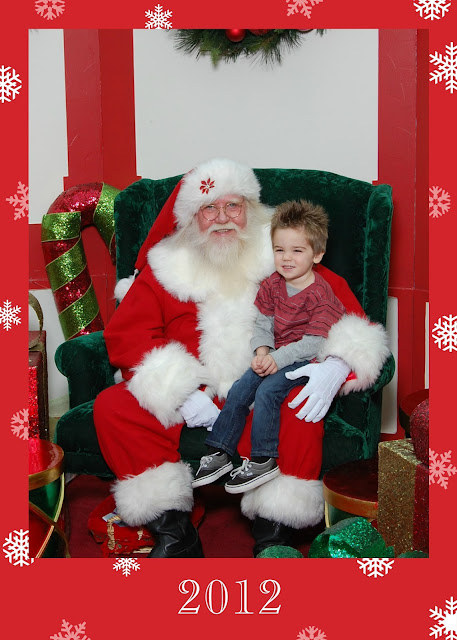 And I never posted pictures of his big big boy bed. Please don't mind the crib parts under the bed. We are waiting to get all the baby stuff out of his closet and into the nursery before we can put his old crib parts in there. He has done really well in it and so far has not fallen out. We have had a few close calls where I've gotten up at midnight to pick him up and move him closer to the wall because he was teetering on the edge of the bed, but so far, he has stayed near the wall almost every night. 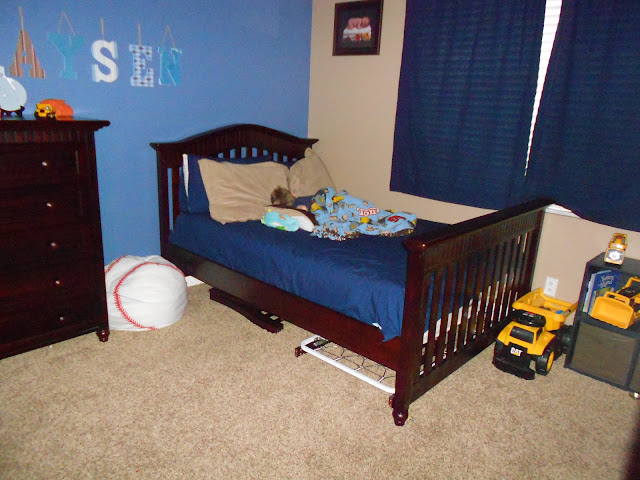