I spent a majority of my Wednesday at the DMV picking up one of these bad boys: 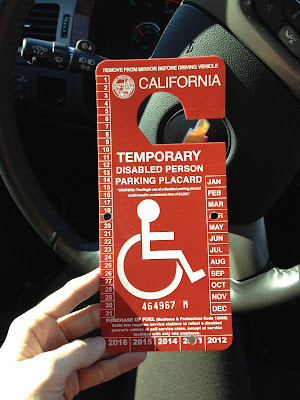 Yep, it's that bad, and yes, I'm super embarrassed. My doctor actually filled out and gave me the paperwork for a disability placard, and my mom forced me to go to the DMV to turn it in. When I say forced, I'm not kidding. She knows how I am. I won't even park in the expectant mother parking at BRU. She physically went to the DMV with me to make sure I would take care of it and not blow it off.

I felt so awful after sitting at the DMV all day that I had to cancel our play date for Thursday with Rana and Elissa. I HATE canceling plans, so just know that things were definitely not good if I felt the need to do so. :(

A few months ago, Braysen watched on as I cleaned out and organized some of the boxes in the nursery. One of those boxes contained baby bottles. He has been off the bottle since a few days before his first birthday, so he doesn't really remember them and was really curious and interested in them. I explained to him that they were going to be used for the new babies and that they won't eat food when they're very little, so they'll use the bottles to drink milk.

Flash forward to yesterday. Braysen and I spent the day at home and he did something I've never seen him do before. You may remember that he recently became obsessed with his puppy. Yesterday he brought his puppy to me (along with one other stuffed dog) and informed me that they were not puppies, but his babies. He also pointed out that he had two babies. He then proceeded to tell me that his babies were hungry and crying and they needed a bottle with some milk. I gave him one of the bottles that I had organized in our cabinet and he played for a majority of the morning "feeding his babaies". It was the sweetest thing ever! Especially because the whole scenario was brought up by him with absolutely no prompting whatsoever from me. 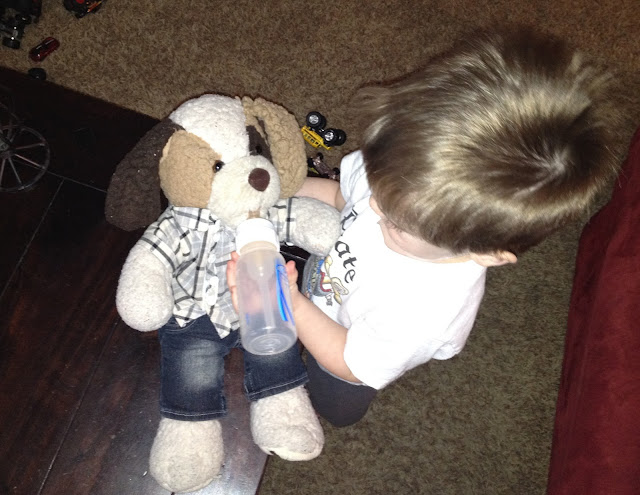 Then his babies needed a nap so he put one in each of the girls' cribs, and shut the door so they could sleep. 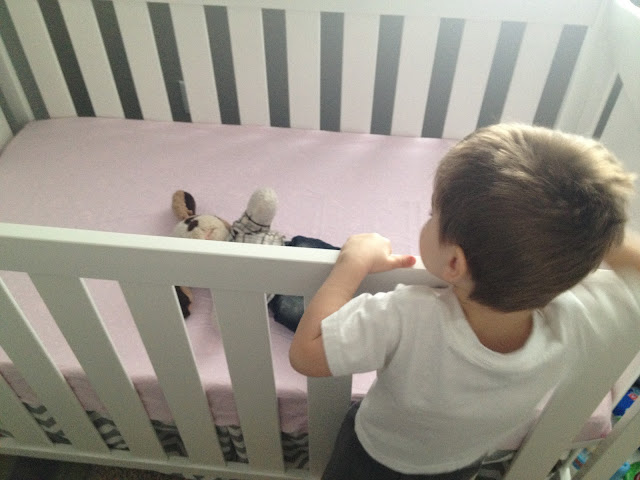 At one point he told me I needed to he more quiet because I was going to wake his babies up. I hope he remembers all this once there are two real live eating, crying, pooping babies in this house!

We have a very busy weekend ahead of us. Tomorrow we are taking Braysen to Monster Jam and on Sunday we have our 3D/4D ultrasound. And I've had friends have babies on Wednesday, Thursday, and today, so I have lots of babies to visit soon!
Posted by Amy Schuler at 11:27 PM