Even though I put myself on bedrest last week (I was determined to do everything within my power to keep these babies in until after big bother's birthday) these little ladies decided that they were ready and nothing would stop them! I woke up Tuesday morning just before 4am to use the restroom (which is something that was happening multiple times per night, with the weight of two babies on my bladder and all). As I was walking back to bed, my water broke. I woke Tony up to tell him, and his response was, "Are you sure? Maybe you just peed your pants." No. My water broke with Braysen as well and I knew exactly what this was. When I woke Tony it was 3:58, two minutes before his alarm was set to go off to get ready for work.

Our bags were already packed, but there were a few moments of chaos while he called work, I called my mom, and got our bags into the car. My mom met us at the front door to take Braysen and off we went. This drive was a little more scary than the drive when I delivered Braysen. With Braysen, I knew I would be laboring at the hospital and knew we had plenty of time. This time the babies would be taken by C-section so I knew I wouldn't have as much time. I was right. We arrived at the hospital by 5 and things happened at lightning speed. They had me change into a gown, hooked the monitors up, checked to make sure my water had actually broken, checked to see if I was dilated, which I was, 3 cm. They then took my blood and sent it down to the lab and we waited. I'm assuming they usually do the bloodwork during your pre-op appointment, but I was 34 weeks and 4 days and they hadn't planned to take the babies for another 3 weeks.

I had to sign some forms, Tony got outfitted into his super cool scrubs, Braysen and my mom came in to say hi and good luck, and then I was walked down the hall to the operating room. I just kept thinking about how surreal it was and I couldn't believe it was happening already. 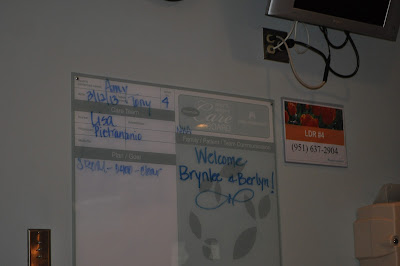 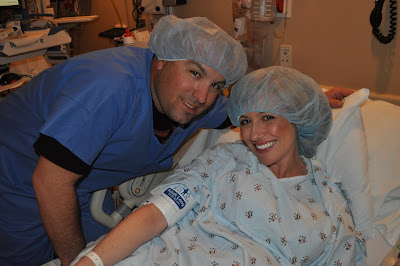 After they did my spinal, I almost passed out on the operating table. At this point there was so much weight in my belly I could no longer lay on my back without getting this feeling. I almost passed out when my doc had me on my back to do an ultrasound the previous week! Tony came in shortly after and then the doctors got started. Brynlee arrived at 8:10am and before they even got her to the warmer the doctor said that Berlyn was popping out! They were seriously out of room in there! Berlyn was born less than a minute later, her birth time was 8:11am. To my shock, these girlies came out with full heads of dark hair! 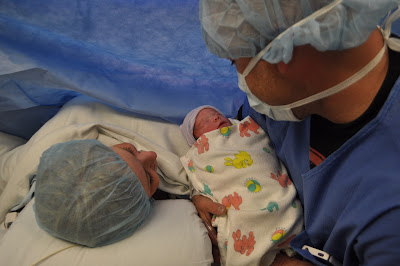 Tony went with them to the NICU (we were already told they'd be going straight there because of their gestational age ) and I was wheeled to recovery.

In recovery, my OB came to visit me. At Kaiser, whatever doctor happens to be on staff at the time is the doctor that delivers your baby. My OB told me she'd do whatever she could in order to deliver my babies. She  rushed up as soon as she found out I was in labor, but they had already started my surgery. She also brought Braysen play doh to play with in the waiting room. I love her! 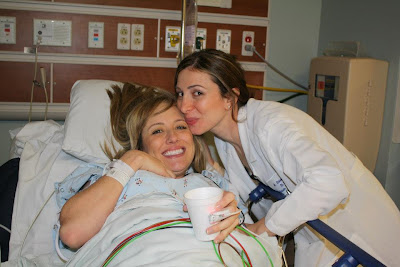 After spending a hour there I was wheeled through the NICU to see the girls quickly. I got to seem quicker than I got to see Braysen and he was born at 39 weeks!

I was really worried about how sore I'd be after having a C-section, but honestly, my recovery in this first week was way easier than that with my vaginal delivery the first time around. I was up walking every two hours to the NICU to visit the babies and was getting around so much easier than after Braysen. With Braysen, I felt like I had been hit by a truck, every muscle in my body ached from his delivery and it lasted for at least a week. I also had much less swelling after this delivery. There are other symptoms that were lessened this time around, but I'll spare you the TMI details. ;)

From the beginning, Brynlee was looking great. Berlyn needed a little oxygen to help her breathe. The doctors could hear her slightly grunting, so they could tell she was struggling a little bit.  After 12 hours I was allowed to get oof bed and walk around. You can bet your butt I was up at exactly that 12 hour mark, catheter in hand, headed to the NICU! 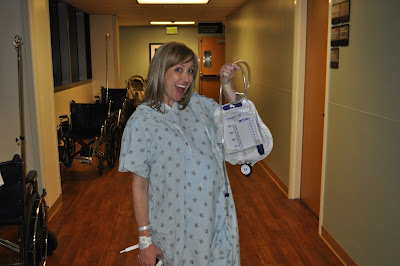 That night, they told me that Brynlee was doing fabulous and was eating like a champ. Berlyn had been taken off the oxygen shortly after her birth, but that night was in an isolette and had an IV. My days at the hospital went like this: pump, take milk to NICU, visit babes, head back to room to eat or snack. Then it would start again every 3 hours. Not having a baby in your room is tough! I got really bored in there. The only time I spent in my room was t shower, eat, or visit if I had visitors. I tried to keep hospital visitors to a minimum, simply because I had no babies to show. :( 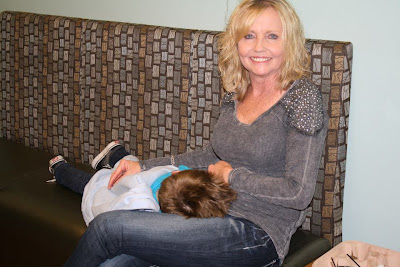 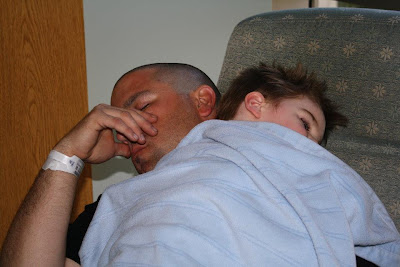 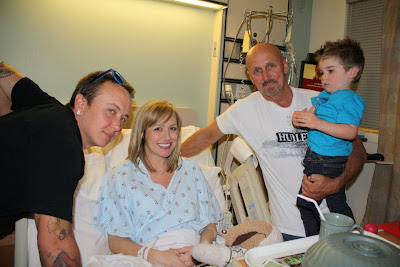