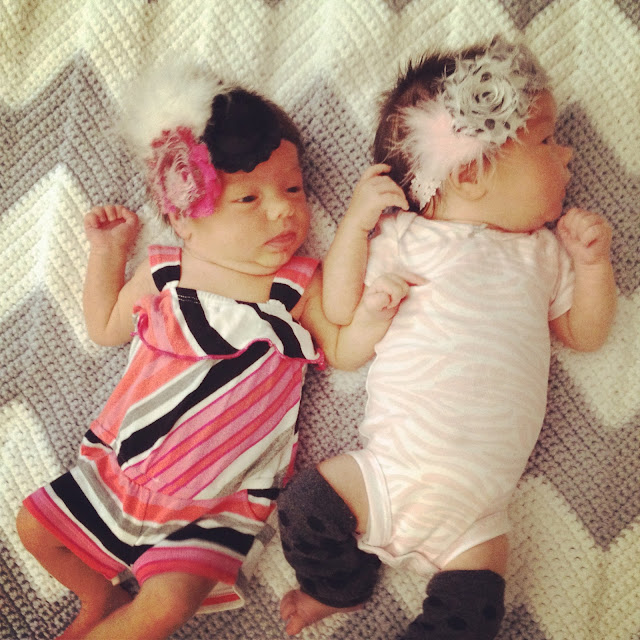 Today was the girls original due date! It's crazy to think that they are almost 6 weeks old. If I was teaching this year, I'd be gearing up to go back to work next week. I can't even imagine!

Some days I feel like I'm finally getting the hang of this. I've been hesitant to say that because I know as soon as I do that will change. Last week I had my first days alone with all 3 kids. My mom didn't have to go back to work until this week, but I didn't let her hang out around here too much It was her last week of spring break and I'm sure she wanted to relax for some of her break, rather than being at my house. Tony worked the night shift for a few of those nights, so I got the chance to do days on my own, and also the dreaded nights with dinner, baths, and bedtime routines. Scary, I know!

Last week I had a few bad days. I've using the Baby Wise method for the girls. I'll do a post later on that.  With this method, they should be feeding about every 3 hours, having a little bit of awake time, then they get swaddled and laid down to fall asleep on their own. The little ladies were wanting to feed every 2 hours around the clock. They take forever to eat and have to be woken several times each feeding, so after feeding, burping, and changing both babies, and a few minutes of awake time, they were getting hungry again before they even napped. Then they would fall asleep in the middle of the next feeding and not finish, just to be hungry again in less than another. It was awful and I'm pretty sure Braysen hated me.

My sweet Instagram friend (and fellow twin mama and blogger mama) Amber suggested her feeding method, which was to pump and then feed the babies expressed milk in a bottle. she said that it helped her to know exactly how much milk her babes were getting. I feel like we were in a good groove with our tandem feelings and didn't want to risk messing it up with lots of bottle feeds, because if I changed my mind it may been too difficult to go back. What I ended up doing is topping the girls off with an ounce or two of expressed milk in a bottle and they seem satisfied.

The Baby Wise schedule has been working fabulously for us. The girls are waking at 3 hours for almost every feeding and have gone for a few 4 hour stretches at night. Sometimes they need a pacifier to go to sleep, but they are able to put themselves to sleep without it for most naps.

Enough talking, onto some pictures! If you follow me on Instagram, you've probably already seen most of these. 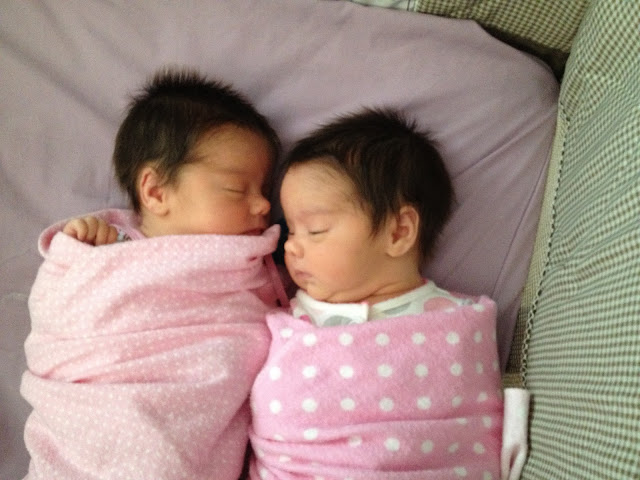 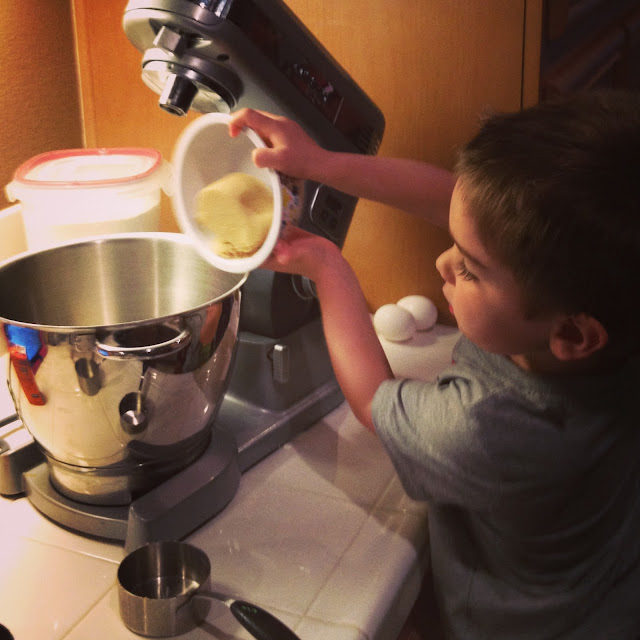 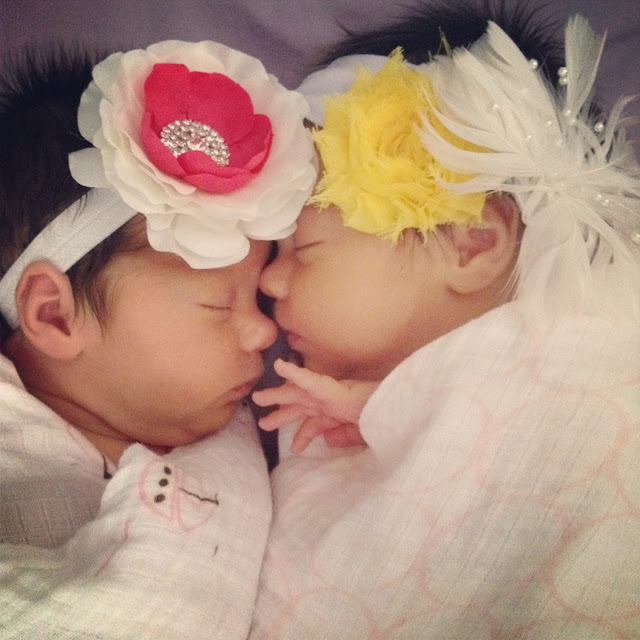 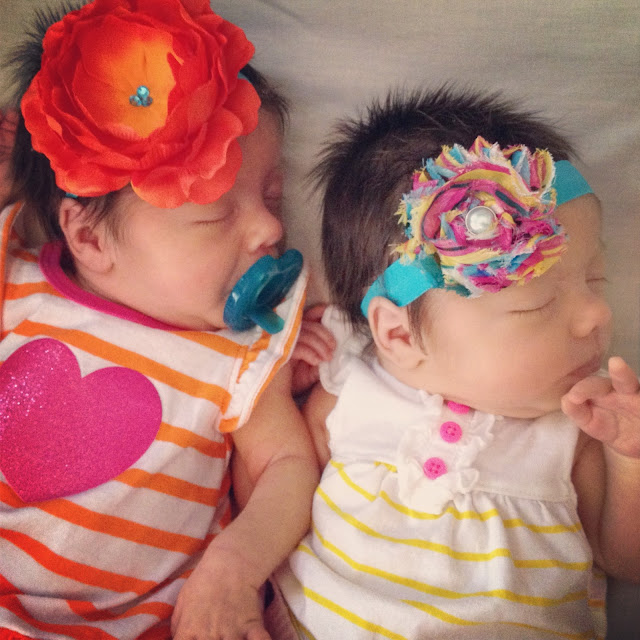 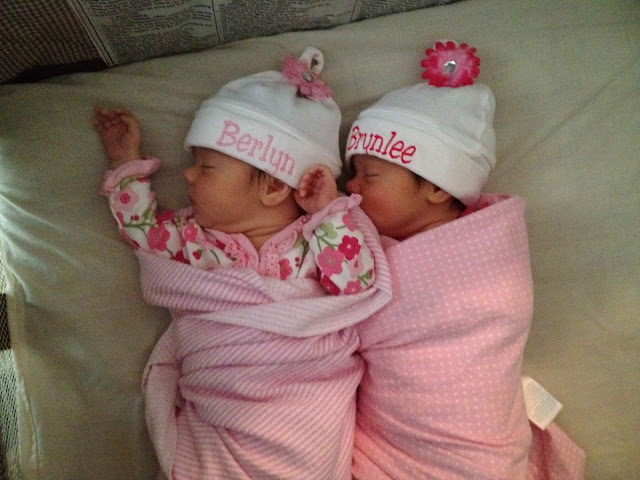 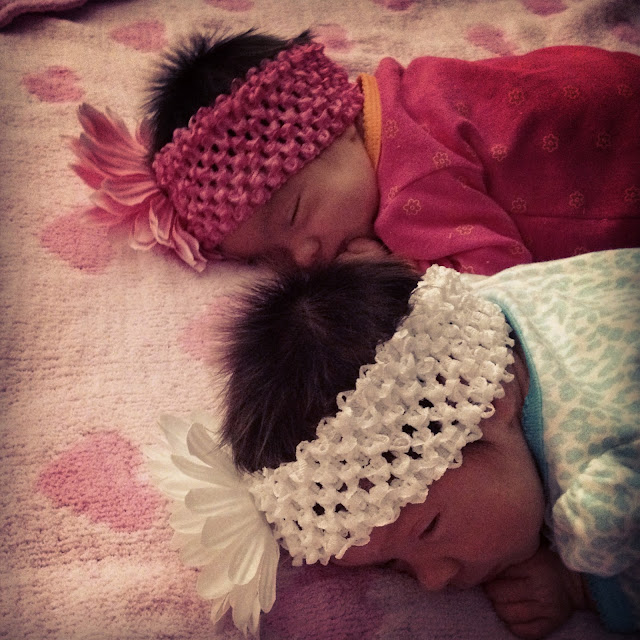